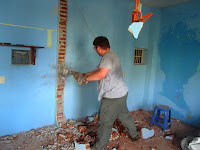 Today was our final day of construction!  We started painting on some of the new concrete.  Due to the NC State affinity, they did not torture us into painting the Carolina Blue that is in parts of the church, but were nice and let us paint it white.  New instructions also revealed that we were to take down some more of the brick wall, instead of leaving an arch.  El Toro (‘the bull’ in English) got right to work along with the rest of the team.  By the afternoon, most of the wall was down and the other wall was freshly painted.  We left the worksite around 3:45 to head back to the hotel for a shower. 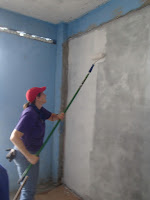 In the morning, we visited the Talita Cumi Home (formally known as Manos de Dios) which is a home for children who come from homes that do not have the capability to support them or were in special circumstances of physical or sexual abuse. Currently there are 4 boys and 9 girls ranging from 4 to 15 years of age. The décor of the home was very bright and uplifting. The home does not receive any contributions and supplies from the state, but instead raises funds from churches and resort hotels.  The mission of this home is to create a safe home for the children to flourish and grow and are provided counselling to handle the situation in which they have been exposed. Several of them are even attending private school thanks to donations from sponsors.  For some of the children, they are learning trades to help them be productive.  They are welcome to stay until their schooling is completed and are great at helping the younger children adjust.  Interesting history is that this home was initially the Salinas’ but has been expanded in repeated projects by teams from churches from Michigan and have had support from Churches in Canada.

On the way back to the worksite from the home, Guillermo and Jennie drove us around the village a little bit to show us a home for the abandoned elderly and one of the other church plants.  When we arrived back at the church, a wonderful meal of Pozole (like hominy soup) and pork rinds was waiting for us.  It was great to have one more meal with them!  We have had such a fun week getting to know each of them!
After our last afternoon of work, we came back to the hotel, and many of us took a dip in the pool. We talked about today and what we’ve learned this week, and what tomorrow will look like. While some of the team tried to check in with the airline, there were some problems with the seat reservations, so please pray that tomorrow's travel will go smoothly and we will make all of our flights. Or, if God has something else in store for us, that he will give us patient and faithful servant attitudes. 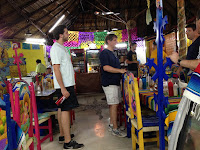 The afternoon swim was especially refreshing today, a great way to end the trip. After we all dried off and got dressed, we headed downtown for dinner. Much to Tom’s dismay, it seemed that we were going to the same restaurant we had been to twice already (not that Tom didn’t like it, but he was excited to try new places). Thankfully, after we parked we walked into a place that was just a few doors down from our usual watering hole, a place called Any’s. Not only did it have excellent food, but there was live music as well, a gentleman with strong vocal chords, impressive dance moves, and an epic air guitar/violin/accordion/bass band. This place was also discovered to have had very decadent toilet decorations. If there was a place to pee, this was it. 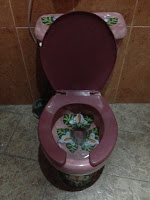 Ready to flex our bargaining muscles, we headed down the street to the market shopping for souvenirs and gifts for friends and family back home. We were very thankful that Jennie, Guillermo, and Tom were with us, as they were very helpful with translating (even though many of the people spoke decent English) and bartering with the locals. It was a fun evening and a good time to reflect on what things we wanted to take back home with us, not only physical things but lessons and memories and new attitudes on life.  Ron became fascinated with large, 2-foot seed pods hanging from a flowering tree which he retrieved with much perseverance.  So excited about his souvenir, Ginger then popped his bubble when he wanted to take it back to the US.  Who knows what epidemic he would have started without intervention!


Back at the ranch, we gathered together to talk about the devotional from yesterday (we’re planning on doing tomorrow’s devotional at the airport, Lord willing and the creek don’t rise). Today’s devotion was on Work, based on Psalm 127. Even though talking about doing our work with the Lord at the center would have been a good thing to talk about at the beginning of the week, talking about it today was helpful towards navigating how we feel the week went and what are attitudes are now after a week of working hard and building relationships. A perfect way to end the week.

(The blog is titled as such, because we did that very thing, and there is not a General Quackington to look for today :()

Praying for safe travel and no problems with connections or seats.

Love to all,
The Reams'