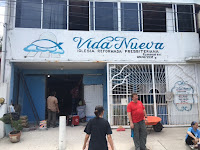 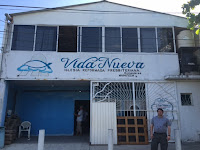 Today started again at the leisurely time of 9:15, which in Mexico time really means 9:30.  We returned to the worksite after a delicious breakfast at Café Wiggs and were promptly informed that Guillermo would be taking us on a one hour tour of Zihuatanejo and Ixtapa (the neighboring city) in two separate groups. Remember that number. One hour. Got it? After the first group got back from the three hour tour, it was time for lunch. Yes, the one hour tour ended up being around two hours longer, and it was all worth it. We saw incredible views of the city and bay, Guillermo and Jennie’s home (along with their two birds, four dogs, and tejon, which was basically a long snouted raccoon that climbed like a monkey), and a boardwalk type place where we could look at iguanas and alligators. Fortunately, because we had gotten so much work on day one of construction, group one’s prolonged absence wasn’t much of a problem as there wasn’t a whole lot to do. 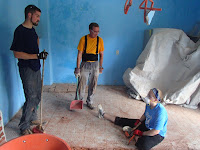 On the Construction side of things, we finished taking down the wall for the double door, started cementing over the previous door, and cleaned up that area. We also got significantly more work done on the nursery office wall. After much work, we had a delicious hodge podge lunch of chicken, rice, spaghetti, pickled onions in lemon juice and dyed purple, coleslaw (which Jennie told us we shouldn’t eat, just in time) oatmeal milk, and soda. We got back to work afterwards, which was mostly just sledgehammering and chiseling at brick and cleaning up the places we’d demolished. 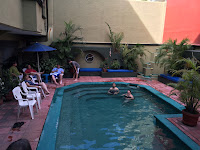 When the work day was done we headed back to the hotel for a siesta, filled with more swimming and napping, and ending with our daily devotion time before heading to dinner. Today’s message was about Unity, which is relevant here in our team as we work with each other and another culture, and back home with all the shootings that have occurred recently. Please pray for the Lord to bring healing to our country, and for people to have humility (which was yesterday’s devotion topic) and take time to try and understand each other, and the hurt that so many are feeling. Meeting adjourned, we headed back to the restaurant we ate at last night for round two, this time without Guillermo and Jennie as our guide. Plates clean and complimentary mints freshening our breath, we headed to where the puppet show would be happening. 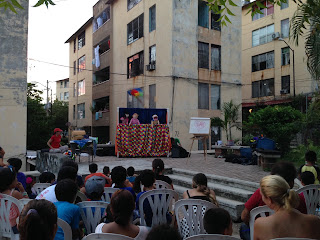 Tonight was our first opportunity to participate in Vida Nueva’s puppet evangelistic puppet ministry. One of the families in the church even invited their neighbors to come see a puppet show at 8 p.m. tonight. Yesterday’s training in how to make balloon animals came in handy because for half an hour before tonight’s puppet show, we helped the puppet team to blow up balloons and twist them into animals, in front of the gathering crowd. We had two teams pass out a simple two question survey to the adults within earshot of the puppet show (which was amplified over a loud speaker). Pastor Nate began praying for these two teams as the puppet show started. Tom and Megan handed out surveys to adults across the street from the puppet show and to a group of women listening in from the balcony of an adjacent apartment building. Mike and Ron handed out surveys to the adults in the audience. After about ten minutes we returned to those adults to pick up their surveys. Many of the adults surveyed indicated that they would like to have someone from the church visit them to tell them more about the gospel presentation that they heard during the puppet show. Please pray that the members at Vida Nueva will follow up with visits to these interested adults. 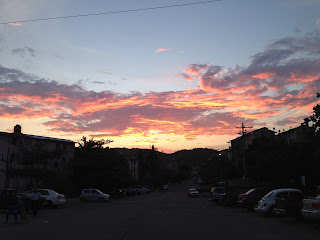 Being that tomorrow is Saturday, we are not working as long because that is what is normal in this culture.  We will end the day with another puppet show.  Please continue to pray for safety for the team, those who heard the gospel tonight, and those who will hear it tomorrow night.

(General Quackington was in 3 pictures yesterday.  Did you find them all?  He's only in one today-hint-in his natural environment)