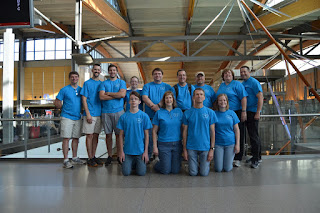 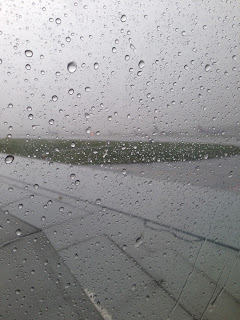 They say if you want to make God laugh, tell him your plans. What we thought would be a relatively humorless day turned out to be the bust up and need-new-pants kind of day. On the plane leaving Atlanta to go to Mexico City, a storm rolled in and delayed our flight an hour…make that two.  While it was the perfect time to watch Finding Nemo, the whole way through, it put a damper on the rest of the plans for the day. Despite our fantasy of getting through customs soon enough to make our flight in spite of the road block (aka 10 minutes), we were unable to make our final flight to Zihuatanejo in time. You read that right friends and family, we’re blogging this from Mexico City, not Zihuatanejo as you were all expecting. Cue dramatic music.


The rest of the afternoon was spent planning out how we would address this situation. Some people found a hotel for us to stay the night while others went to figure out our new flight plan. There was plenty of back and forth and hair pulling, but we got a flight for 2:30 PM Wednesday. After over four hours at the airport waiting, planning, and then waiting some more, we enjoyed a meal at Toks, a spicy little joint with even spicier peppers. Belly’s full and everything worked out for the day, we took two eventful shuttles to our hotel.  Who knew there were such things as three lane roundabouts, but Mexico City has them, and we survived to tell the tale! 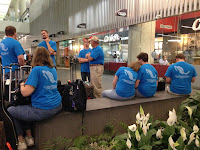 Though not according to our plans, today has been full of opportunities to see the gifts of the team that God has put together.  Everybody worked hard on their given task and together we worked out all of the kinks for the afternoon.  Today was also as much about the senders as the goers, as our travel was enveloped in prayer from Raleigh to Zihuatanejo.  God has provided a wonderful hotel and beds for everyone to sleep in.  Continued prayers are appreciated for a good night’s rest so that we will be bright and ready to serve when we arrive in Zihuatanejo tomorrow afternoon. 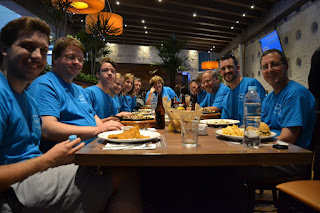 Many are the plans in the mind of a man, but it is the purpose of the LORD that will stand.  Proverbs 19:21

Hey-
Sounds like quite an excursion so far. Note: DO NOT TRY TO CROSS THE STREET IN MEXICO CITY!!! It is almost as dangerous as Boston.
Proud of you all (that is what us Northerners say instead of ya'll) for finding a way to punt. And trusting God is shepherding the whole shebang.
Godspeed!
Aunt Sarah (That's Lisa's sister)