We have been reminding ourselves throughout this trip to be flexible. A lot of rain changed today's tasks. It was too wet to do much work rebuilding Mr. Price's home. So we called Mrs. Richardson, the head of United Christian Academy (UCA). She was thrilled to hear we were willing and able to help at UCA for more than just two hours. We arrived a little after 9:30 and helped some of the summer students with some tutoring while other team members worked in the Library and did a few other tasks.

We went back to FPC for lunch and a productive discussion with Pastor Siggers, a very influential African American pastor in Hattiesburg. Pastor Siggers invited frank questions regarding bridging racial and other gaps in the body of Christ.


Next we returned to UCA. We were able to play educational games with the students, freeing up the teachers to do some much needed planning for the Fall semester.

After the children left, we: 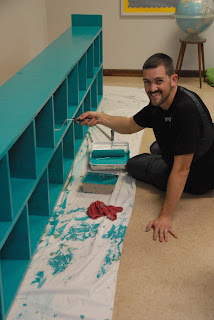 After dinner tonight at FPC, Dr. Larsen took the team on a tour of downtown Hattiesburg and William Carey University, which sustained a lot of tornado damage this past January.

If the rain continues tomorrow, we will not be able to work at Mr. Price's house. This will allow us to finish several tasks we did not finish at UCA. God has opened more doors for ministry as He closes others. Semper Gumby!

Redirection is a way!